Astrology: A Resurrection Written in the Stars 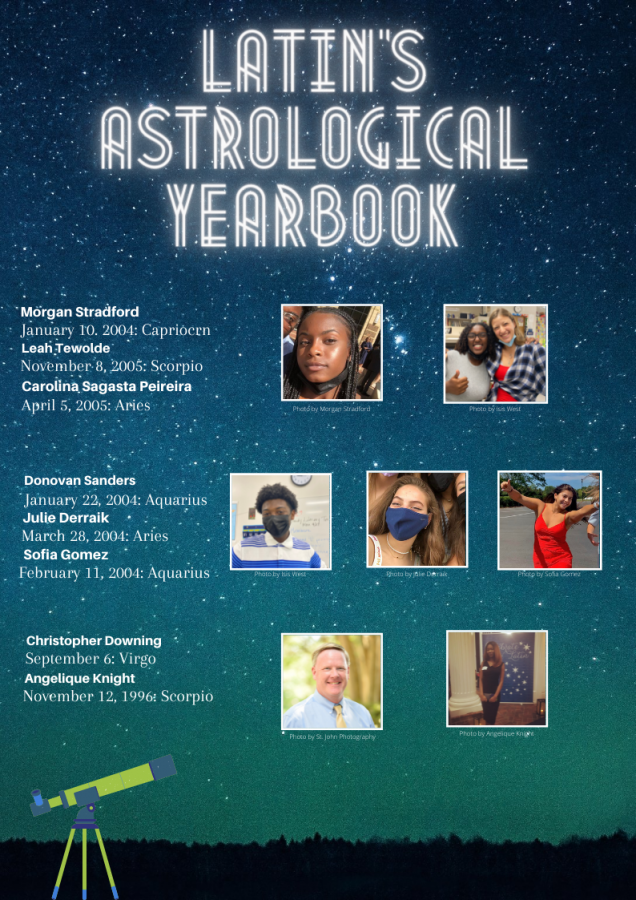 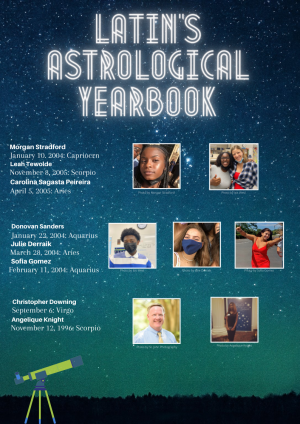 “Best Questions to ask each Zodiac Sign on a Date,” “Which Zodiac Sign Will be Your Soulmate?,” “Your Favorite One Direction member based off of your Zodiac Sign;” Just a few of the many oddly specific article titles on Zodiacs that have graced the internet. From the likes and prominence of popular pages like Buzzfeed and Horoscope.com, a surge in astrological interest has swept and overrun the minds of especially young people across the globe. Even some of the most renowned pop-culture influences have allowed these special arrangements of stars to influence their lives and work. From quintessential pop stars like Ariana Grande and Diana Ross, astrology and all it has to offer has found its way into the everyday lives of both the old and the young. But why exactly are people more drawn to click on these websites and subscribe to this information?

The easy answer would be that, simply put, people get into astrology to analyze and reveal parts of themselves and others in a more archaic and spiritual way. People like to turn on their phone or computer, open up Google, type in their birthday, birth month, and birth year and read relatable things. They like to engage in Hot Topic debates like, January Capricorns are better than December Capricorns” to confirm things about people and why they, for instance, act and present the way they do. “I’m an Aries sun—which I think resonates with me as someone who is really energetic and also stubborn,” Julie Derraik ‘22 said. “I have a lot of friends who are Capricorn and Aquarius, the people I get along with the most are Aries and Virgos, and my romantic interests tend to be Libras for some reason…” Derraik said. It is undeniable that the cosmic aspect of this science ratifies and steadily holds up its credibility and interest rates.

But, like most trends, a display of interest in astrology and horoscopes has become ‘cheugy,’ or the opposite of cool and trendy, in the eyes of many. This is mostly because it is extremely difficult to gauge if the interest is genuine, a form of rebellion, or performative, especially on the internet. “People see something that applies to everyone, and it’s trendy and mystical so naturally, younger people gravitate towards it. I feel like this results in a kind of superficial interest,” Derraik said. Donovan Sanders ‘22 brings a contrasting perspective. “I think our generation is pushing a lot of limits that older generations put on us like religion, identity expectations, et cetera. I think the rise indicates that we now want to make the decisions on what’s best for us and not be confined to one god, spirituality, or religion,” Sanders said. The line between performative interest and cultural blasphemy/ disrespect continues to blur, despite how harmless the practice seems in hindsight. “It’s also important to recognize those who have studied astrology and spirituality as well as those who originated the practices in their cultures,” Derraik said.

Despite The West’s sudden boom in interest, astrology and zodiacal studies have been ever-present in a multitude of societies and cultures across the globe. For centuries, societies have studied, designed and named their astrological maps, symbols, star constellations and zodiacs. The study developed in Ancient Babylon and Egypt eventually categorizing itself as “a search for purpose in the heavens (“The Origin of the Zodiac,” Ancient Wisdom). From as early as 2000 B.C., ancient civilizations, like those of Babylon and Egypt, followed the notion that the sun, the moon, and the planets possessed unique powers. This belief piggybacked off of scientific observations such as Earth’s daily and year-long rotations around the sun. The development of the Zodiac calendar, quite literally meaning “circle of animals,” entailed the alignment of 12 animal-shaped constellations with the 12 lunar cycles of their calendar year. These 12 animals were (and still are) used to reflect and predict characteristics, personality as well as physical traits. They are also grouped into 4 elemental categories: fire, earth, water and air. Evidence of these studies has proven to transcend even the most opposing of cultures and societies, from as early as 4th Century B.C., with its introduction to Greece. Not to be confused with the popular American-Indigenous belief in animism, the version of astrological depth that we often see today also ties in themes of destiny and fate. For example, the traits and offerings of Ancient Egyptian gods and goddesses were used to connect ideas of the divine and mortality.

A lot more goes into astrology than just plugging in your birthday and birth month into a google search. For some of the most accurate and calculated predictions, you need to take things like time of birth, specific weekday of birth, et cetera, into consideration. Platforms such as Spotify and Snapchat have done a detailed job of tapping into some of the more complex aspects of astrology in their promotions of things like personalized playlists and stories. Most recently, even more creative ways of astrology exploration have debuted; for example, Beyoncé’s “Virgo Season Yearbook” endeavor on her website. Beyoncé and her team took the time to put together a ‘yearbook-esque’ page on the front page of her website to commemorate the start of the astrological calendar’s Virgo interval, which is the interval in which the decorated singer’s 40th birthday lies. The page was first published at the start of the season, August 22, 2021, and has plans to stay up until the end of the season (or whenever she sees fit), which is September 22, 2021. The section features a collage of black and white baby pictures of some of the world’s most influential, and globally recognized celebrities, both living and dead, whose birthdays fall within Virgo Season. The photos were arranged side-by-side, left to right, with three to a row. The celebrities were listed in alphabetical order, with their names featured in a column on the left side of each row of pictures. Some of the most recognizable tributes in her yearbook include the likes of Amy Winehouse, Kobe Bryant and Eric Garner.

Melanie Martinez, Field Trip – “My rising sign is all they see/ Scorpio… with a sharp… sting/ I’ve got a Taurus sun in Mercury”

Ariana Grande, Sweetener, “Your mama sent us horoscopes/ Had so much fun watching them unfold”