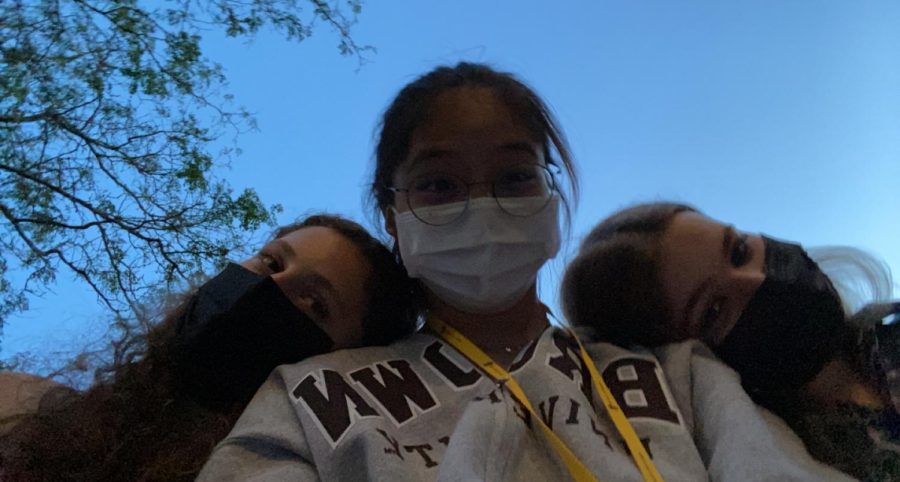 When I tell peoplethat I completed a pre-college program, their faces morph into one of three emotions: confusion, skepticism and outright judgment. They often ask me “why?” and the classic, “oh…”

And to be honest, when my dad first told (commanded) me to sign up, my reaction was far from positive, to say the least. The conversation went something like this:

“Hailey, I have something for you to do this summer.”

“I think it would be really inter—-”

You can see how I felt about the program. I was wrong, though. Thoroughly, 100%, completely wrong.

My nerves overtook my system the day we moved in. My dad bought me Japanese ramen as a farewell meal, but my stomach decided no to digest a single bite of it. What if I wasn’t able to find any friends? What if everyone already knew each other and I became the weird girl from North Carolina? Hands shaking, I waved goodbye to my dad and walked into the dorms.

Brown University’s summer programs are designed to allow students to dive deep into topics of interest that high schools do not provide students access to. Someone can experiment with the latest lab equipment, discuss Greek tragedy and play exciting chamber music with many talented people. I took a class called “Mind, Brain, Behavior,” a psychology class where we learned about the workings of the brain, including which parts of the brain controlled emotion, motor control, as well as the causes and symptoms of psychological conditions. Furthermore, our professor, a sweet young lady, was…not engaging to say the least. She carried herself and spoke in an eloquent manner. She was a PhD, a researcher at Brown for the neurological psychologies at Brown, and she was a very intelligent lady. But each class was 3 hours and one day, she proceeded to lecture for all of those 3 hours. I genuinely did try to pay attention and take good notes. But around the 2nd hour, my notes became illegible and my head dropped to my shoulder.

In a cold auditorium in the Sydney Frank Hall, we learned about a variety of mental disorders and what triggered them, their symptoms and what conditions required which treatments. I understood that words like depression and anxiety were used too lightly. Depression occurs when outside events affect the formation of neurological connections in the prefrontal cortex, the part of the brain that controls mood. When there are an overflow of connections, it causes overwhelming emotions, which may lead to anxiety. On the other hand, when there are not enough connections, it may cause a dissociative feeling, which may lead to dissociative disorders.

We also learned about the morality of experiments and how to judge the ethicality of experiments. Do you know about the Three Identical Strangers story? If you don’t, it’s about three strangers who found out they were triplets after living their whole lives apart. They were part of an experiment that was measuring the effect of nature versus nurture. Each triplet had different jobs, and dreams; however their personalities had fascinating similarities. Their preferences in movies, books, and food were very much alike. But the story ended quite tragically, with a suicide of one of the brothers. This experiment provided interesting insight to the impact of nurture over nature. But many people began to question the ethicality of the experiment? When the triplets were separated, unknowingly at birth, did those conducting the study have the triplet’s best interest in mind?

We were assigned“homework” every night. That homework consisted of a chapter of reading, the page range anywhere between 30-60 pages. It was a lot to read. During the first few days of school, I read the pages thoroughly, making sure to take notes. The fourth to fifth day, the through reading turned into skimming, which turned into reading the first few pages. Eventually, we opted to think of the reading as optional because it was just a review of the next day’s class.

Hands down, the best thing about the Brown program was the people that I met. I met people from Los Angeles, Boston, New York, Chicago, as well as Mississippi, Maine, and Georgia. On that first day, I introduced myself maybe 100 times to 100 different people. That night, I passed out as soon as my head hit the pillow.

For the first few days, everyone was friendly toward everyone. Walking to the bathroom, we would comment to each other, “Oh, hey! I haven’t seen you since lunch!” Or, “Oh wait, I met you on the field yesterday, remember me?”

But over the course of those few days, people’s groups solidified, mostly based on classes and dorm area. Of course, the groups stayed pretty open, I never felt outright exclusion, and I never felt out of place. Maybe it was because everyone wanted to make the most of the Two weeks, or something about the Rhode Island air making everyone more open, but I felt that if I met any one of those people in 10 years, they’d open their arms and greet me with a smile. Since I spent almost every minute of the day, spare of sleeping time, with these people, I felt a special kinship with my friends. They will forever be associated with blissful memories.

In the time when we weren’t chatting, eating, or in class, we marched up and down Thayer street. The street had many restaurants of all different categories of food. Chinese, Korean, Indian, Mexican, and fast food. Sometimes we were in the mood for Korean Fried Chicken, and sometimes we needed a quick Shake Shack run at 9:50 PM, sprinting because our dorm entrance locks at 10PM. The gid

diness and the shared hysterical laughs made the whole risk worth it.

There are a few things I do not miss though. The facility that we stayed in did not have air conditioning. Summer in Providence, Rhode Island can get quite humid. And with no air conditioning, the heat from the outside gets trapped in the buildings. The rooms were very stuffy; even the walls were warm. Another thing was the cafeteria food. Eating out, though good, was very pricey, therefore the program provided us with food. However, the food was bad, to say the least. Soggy bread, unsalted and raw vegetables, and overripe fruit. We thought, “what a perfect opportunity to go on a two week diet!”

When we were not in class, we were either eating, sitting outside, or in our dorms. There were many restrictions put in place due to covid. Along with testing for covid twice a week, we constantly had to wear masks unless we were eating or in our dorms by ourselves. We did not have access to any of Brown University’s facilities (including the library). We ate outside in tents that had been set up for us. Afterward, we often lounged in the Winston Quad or played a kickball game. Once it got dark, we sat in the common rooms and watched Harry Potter while arguing whether or not Draco Malfoy was cute (he’s not).

I learned much about psychological developments from the program and tried to psychoanalyze my family afterwards using my newfound knowledge. But I have to admit, it was the people, the atmosphere that made the experience all the better. The late night laughs, the shared food, and even the earwig infestation in my room will make the pre-college program at Brown forever a wonderful memory ingrained in my brain.