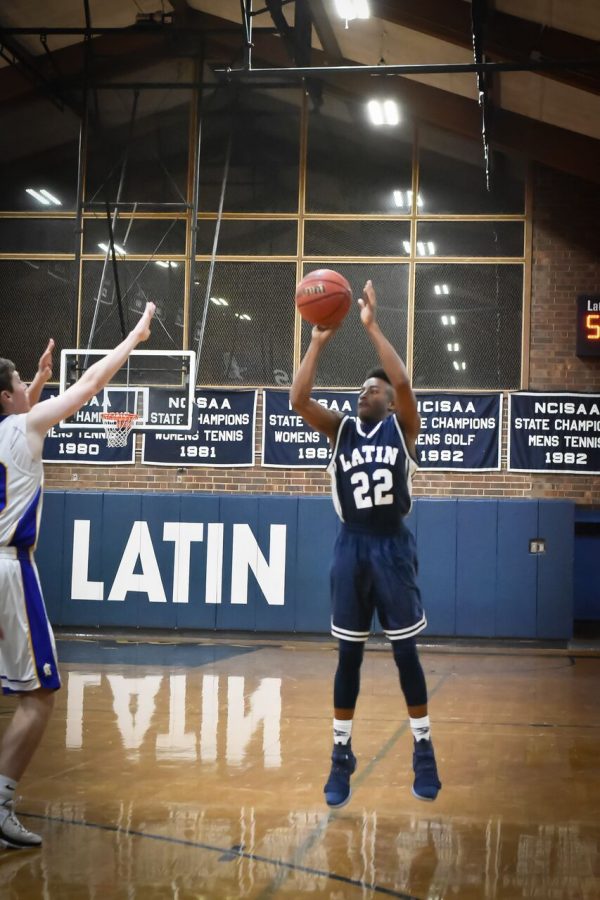 Latin had its annual Winter Sports Showcase on January 5, which consisted of swimming, boys’ and girls’ basketball, and Wrestlemania in the SAC.

The boys’ basketball team welcomed Cary Academy into the packed Belk Gym. The boys got out to an early lead, but Cary cut it close at the half, only down 5, 39-34.

The main storyline of the game was the officiating. In the first half, there were over 25 fouls called, most of them ticky-tack, soft fouls.

With the referees calling every foul, Latin was able to find a way to prevail.

Coming out of halftime, the Hawks wanted to put this one away quickly. They scored the first 10 out of 12 points in the second half en route to a third quarter where they outscored the Chargers by 23.

Junior John Beecy and senior JP Smith both had 21 points to lead the Hawks in scoring while both were in foul trouble for most of the game.

Sophomores Randy Johnson and Bennett Smith combined for 23 points to help the Hawks as well. Johnson also picked up a technical foul in the second half.

The Hawks would close the game strong in the fourth quarter and ended up blowing out Cary Academy by a score of 91-58, improving to 8-6 on the season.