Live Television Survives, not Thrives, in the World of Streaming

Streaming has changed the landscape of TV, but what does it mean for shows that still air live? 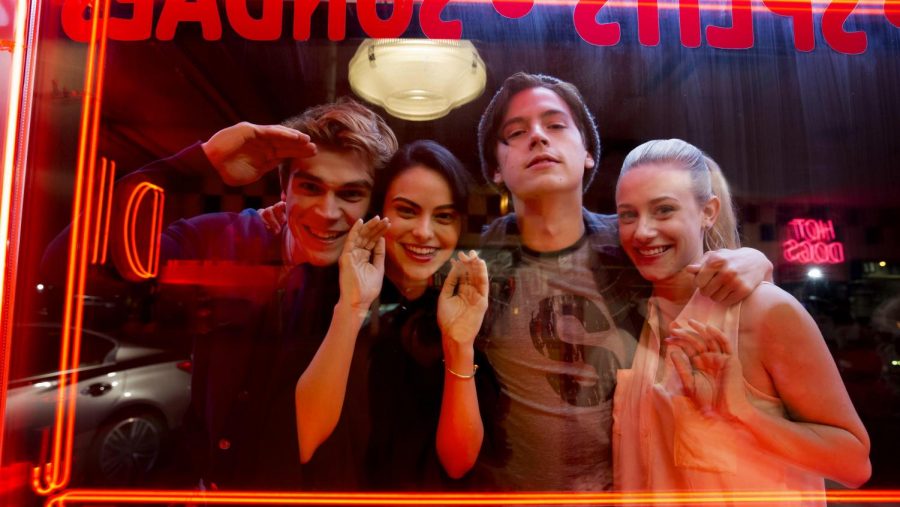 How is that television ratings have so drastically gone down in the past ten years while television as a medium has gained significant cultural influence? The answer appears to be straightforward, but the system that deems shows successful is still playing catch up.

The best example of this paradox is the CW show Riverdale. As I predicted in the March edition of the newspaper, this show has been a success. Advertisements and features laud the show as a breakaway success and a hit for the network. It’s a pop culture success for sure, with the actors featured gaining fame seemingly overnight and the show itself becoming a mainstay in conversation. Is it Games of Thrones? No, but it’s gained a momentum that is hard to maintain in the modern realm of television.

The irony with Riverdale’s success is its Nielsen ratings.

Here’s a quick recap on Nielsen ratings. By random coincidence, some TV sets are Nielson boxes, which means whatever show that box tunes in to watch gets a point of viewership. This process is done in the millions. It accounts for total viewership, but the more important number is the one that totals the viewers in the 18-49 age ranges. Nielsen has determined these are the ages with the highest consumerism and therefore what advertisers want their ads shown to. Up until recently, the most important factor in a TV show’s fate (or renewal for another season) has been its Nielsen rating. Low ratings lead to a show’s death, which makes sense.

Viewership of live television has dramatically decreased thanks to online streaming and the popular way to consume now: binge watching. On numerous occasions I’ve recommended a show currently airing live to someone, and though they seem interested they ask the question I dread, “Is it on Netflix?”. If I say they no they lose interest immediately. A similar thing happens when I talk to people about shows that have new seasons airing while the previous seasons are available to stream online. In one of the most frustrating moments of my life, my brow lady commented that there was a new season of Gossip Girl out. I, who had seen the show to its bitter end, was confused. A new season? It ended two years before.

That was until I realized she was speaking of the very season that aired two years prior. She hadn’t realized there was any more of the show because it was not on her Netflix menu. The very technology of the internet that gave her the ability to google if there was another season made her shortsighted enough to ignore the possibility.

This is the age we live in, where shows that haven’t yet made it onto streaming sites are often obscure. There are rare exceptions of course, the few premiere shows picked by critics to be their darlings. NBC’s This is Us is the most recent example of this phenomenon.

So what does this mean? It means that live TV numbers are drastically down from a decade ago. ABC’s Desperate Housewives averaged 23.7 million viewers with a 10.7 rating among the 18-49 range in 2004 and 2005. The Walking Dead can expect for total viewership in the teens of millions, but that’s a phenomenon for this day and age. The average total rating for an NBC show is 4.30 while the 18-19 rating is a 0.9. That’s the most successful too. Riverdale’s network, The CW, only averages 1.38 total viewership with a 0.5 in the coveted 18-19 rating.

That’s the reality of TV today. The future is still being written.

This brings me back to my initial paradox of Riverdale. The show averaged a mere 0.4 rating among adults, which though okay for The CW’s average, is below frontrunners like The Flash.

The solution seems obvious; change the method for tracking viewership. The reality of the situation is more complicated, with advertisers in the minds of executives at networks.

Riverdale’s proclaimed success by its network and entertainment media shows the movement in this direction. Live TV isn’t dead, but it’s severely injured. It’s not unusual for people to have given up cable for subscriptions to Netflix, Hulu, HBO Go, and Amazon Prime. When networks sell their episodes to these streaming sites they wave their advertisers for a streaming price. While it’s still income, it’s not the ideal.

Last season, episodes of Riverdale popped up on Hulu the day after airing. The reflected the deal The CW had with Hulu. Other options included on demand on cable like Time Warner Cable. Currently in Season 2, Riverdale is only available next day on the CW app and website. This news has been marketing across multiple platforms and is even featured in their ad campaigns on taxis and streets. This change is happening with every CW show, utilizing next day streaming on their own sites since the end of their deal with Hulu. With this move, they control their advertisers and have easy access to viewership statistics.

This move also gives Netflix exclusive streaming rights. Netflix is now synonymous with online streaming, and it is their readily accessible TV that changed the medium so dramatically in the past decade. Their most popular shows to stream are The CW’s, and their current deal (reportedly worth big bucks) reflects their popularity. In years past someone would have to wait several months after a season ends for it to be uploaded to Netflix, usually just a few days before the new season airs. This led to cycle of it being difficult for viewers be caught up enough to watch live. The new change has the full season being uploaded just a few days after the finale. Perfect for bingers, and good for The CW viewership too. Riverdale returned with Season 2 with a 0.8 rating, a series high. Netflix viewers had the whole summer to watch, get caught up, and according to the numbers they did. That number still doesn’t reflect the popularity that Riverdale seems to have though in the media. They hope the numbers will pick up the next day via The CW app, and those numbers never published to the public eye.

Gotta be honest: This week’s #Riverdale is one of the best we’ve done. Watch live and let us know what you think! Music, horror, romance…

A glance at the cast and crew’s social media of Riverdale hints at the ratings scare. The show’s runner, Roberto Aguirre-Sacasa, posts several times a week, encouraging his followers to watch the show live. The crew does this as well, stressing that people should watch live rather than next day. This behavior pushes the idea that though The CW is pioneering their next day viewing plan via their app, the industry just can’t shake the idea that live viewership is better, no matter how many commercials they shove into your next day streaming.

The only player that’s truly succeeding here is Netflix, with the upper hand against networks with poor ratings like The CW. Though they are reportedly paying top dollar for streaming rights to their shows, which are insanely popular on Netflix, the shows seem at home at a place like Netflix rather than on network television. CW shows are synonymous with bingeability and their target age group are busy young viewers who don’t have time to sit down each Wednesday night at 8 o’clock to tune in.

Dear #Riverdale fans: A thank you from the RH wrestling team for being great and watching live! Makes a difference! Happy Friday!

Netflix is catching onto to this.

In a rare move for them, The CW cancelled two shows after their freshman seasons last spring; science fiction remake Frequency and heartwarming comedy No Tomorrow. Both of these shows ended up with major cliffhangers, but when they were uploaded to Netflix they had curious additions. In the last three minutes of each show’s finale was an new epilogue that wrapped up the loose ends. Though no official word from a Netflix representative confirms that the streaming service requested the endings, it’s at least notable to say that in the age of binging, even cancelled shows are given nicely wrapped up endings to stay relevant on the offerings of Netflix. Only time will tell if this becomes a mainstay for cancelled shows.

It is no secret that steaming is the future of television, but the metamorphosis it is undergoing is surely one one to watch.