Until national policies change, students should always be prepared and informed. 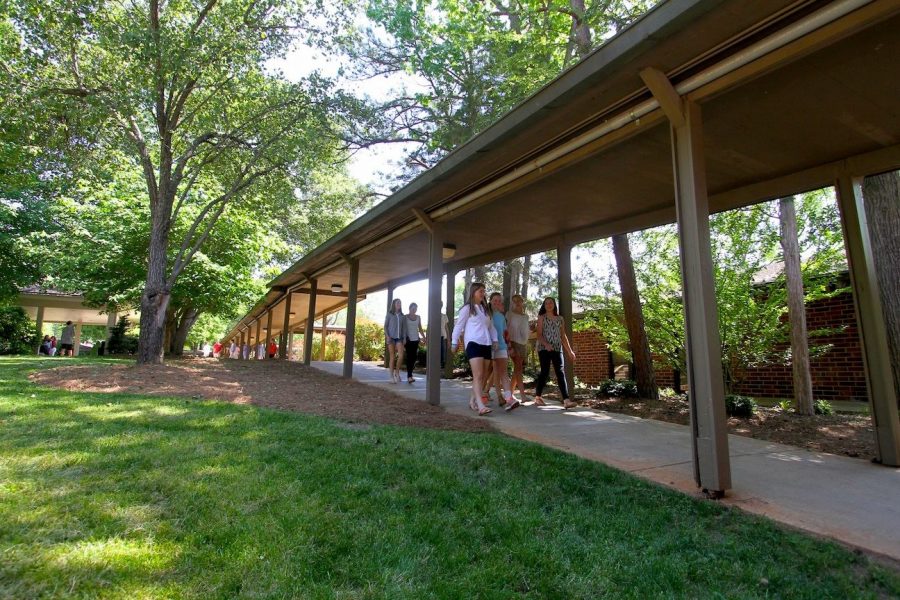 The impact of the recent mass shootings echo around America; according to the Gun Violence Archive, in 2017 alone there have been 328 mass shootings in the United States. Even if these events seem isolated and detached from many of our lives here in Charlotte, it impacts the Latin campus in various ways.

Major Dale Greene is the Director of Security at Charlotte Latin School.His job directly entails dealing with shootings, both on campus, near campus, and around the country, making sure that Charlotte Latin is always prepared in case of an emergency.

“We have what’s called a Crisis and Safety Response Team,” Greene said. “We meet regularly during the school year and summer to be prepared for an incident. The incident can be related to a school shooting or a shooter on campus, all the way to an automobile accident.”

North Carolina’s state statute specifies that the only individuals allowed to have weapons  on school campuses are those of sworn law enforcement, of which Major Greene is. There is an exception, however.

“The concealed carry permit allows individuals to have weapons locked in their trunk. I’m sure that people do visit our campus with their weapon that they’re authorized to have one, but it has to be locked in the trunk of a glove box,” Greene said. “If an open carry or illegal weapon was found on campus, we would seize the weapon and detain the person who’s in control of that weapon.”

Mass shootings have also affected Charlotte Latin in terms of creating new jobs on campus and other schools.

“My position, me being hired three years ago, was a result of Safe Havens International,” Greene said.

Safe Havens International is a non-profit organization that focuses on keeping campuses safe around the world.

“They did an audit of the campus and recommended certain safety and security changes be done or initiated, and one of those was hiring an armed person with law enforcement experience.”

Latin’s protocols in preparation and response to tragedies like this is only one side of the story. Students often feel the influence of tragic events; mass shootings don’t have to happen here for the impacts to be felt here.

“I can’t help but think that something like this can happen here,” Darby Glenn ‘18 said.

With mass shootings in America becoming a common occurrence, it’s not uncommon to wonder when the next incident will occur and how close to home it will be.

“I think that when things happen in our community, whether they’re in Vegas or Charlotte, it does sometimes hit home with members of our school community, and they do want to talk about it,” Upper School counselor Kayla Claytor said.

“There are so many mass shootings, and we consider a mass shooting ‘not too bad’ if there are only a few deaths,” Isabel Crews ’19 said. “It’s upsetting because any death is a tragedy, but people have grown accustomed to seeing death tolls on the headlines.”

“We’re all really fortunate to go to such a safe school environment with people like Major Greene constantly on watch for our safety,” Elyssa Kim ’19 said. “I think a feeling of safety is great to have, but we need to be made aware that it could happen in Charlotte soon too, and we need to be aware of how serious the issue really is.”

Until national policies change and tragedies occur less frequently, it is important to be educated and able to react in potentially dangerous situations.

“I think students should be prepared for anything and everything in today’s society,” Greene said.

If you want a picture to show with your comment, go get a gravatar.